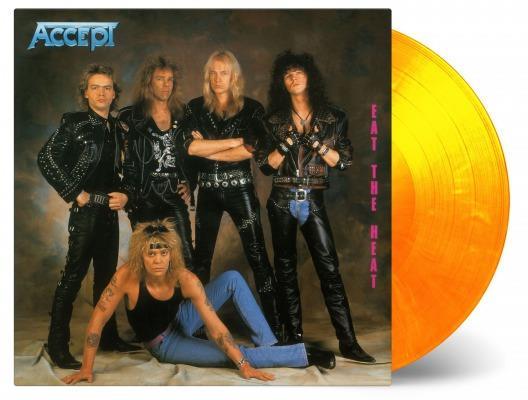 Eat the Heat is the eighth studio album by German heavy metal band Accept, charting in the German, US and Japanese album lists. It was the first release after the departure of the legendary frontman Udo Dirkschneider, The American direction the band was heading to worked well with new singer David Reece, but the band sounded totally different compared to their earlier releases. The album features songs as "Generation Clash" and "D-Train".

Accept is a German heavy metal band from the town of Solingen, originally assembled by former vocalist Udo Dirkschneider, guitarist Wolf Hoffmann and bassist Peter Baltes. Their beginnings can be traced back to the late ‘60s. The band played an important role in the development of speed and thrash metal, being part of the German heavy metal scene, which emerged in the early to mid-80s.